We find ourselves in a state of exception although it is within capitalist normality. State reason knows not of exceptions but of rules. It is not the end of the world. And it is not necessary to suspend reflection or action due to force majeure.

Capitalism is an everyday catastrophe. However, it only presents as a serious problem that which it seeks to solve immediately. What has already naturalized as being inevitable becomes part of its normality. Hence, all proposals that do not aim to fight capitalism only aim to manage its catastrophe.

Among the accepted facts of this society is the “statistic “ that 8,500 children in the world die every day from malnutrition as estimated by UNICEF, the World Bank and the World Health Organization. It is written quickly, four digits… but it is an unspeakable horror. Isn’t this enough to fall into desperation? To consider this society dysfunctional? Doesn’t that mean that everything must be changed? Doesn’t it finally make evident what kind of world we live in? Or perhaps a pandemic must arrive to the cities where those of us who have the voice and the means to act and complain about this live?

Clearly, and unfortunately, for a long time now, these deaths from hunger are not an exception. Those figures seem even more abstract because of the distance, geographical and of all other types, that we have with the African continent, the undisputed centre of global hunger. There, capitalism exploits not only through wages, as it usually does here, but particularly through semi–slave labour, while at the same time dispossessing and destroying in a brutal way.

The pandemic first began to affect countries that are important centers of capitalist production: China, Italy, Spain, and the United States, threatening to paralyze the production and circulation of commodities in its global spread, and to cause the collapse of the health system.

It is precisely because it has reached such regions, with a productive population that has access to medical and hospital systems, that it became so alarming. However, most of us are outside of that circuit, and barely linked to formal jobs.

It is worth remembering that capitalist society is the society of wage labour and domestic work which is not directly paid, as well as slave labour in the Democratic Republic of Congo or in northern Argentina. There is not a good side and a bad side, they are necessary aspects for the functioning of capitalist normality.

On the other hand, we should ask ourselves: how it is possible, with such a stop in productive economic activity, for the banks to keep getting richer? In the absence of a vaccine for COVID–19, the United States Federal Reserve, for example, injected billions of dollars to calm markets and prevent the pandemic from threatening growth. The United States has lowered its annual interest rates to 0%.

Today capitalism is sustained on the basis of the continuous production of fictitious capital, of debts and through all kinds of financial injections that allow it to continue. The bourgeoisie is beginning to be aware of this fiction, and therefore this dominant widespread fear is nothing more than the fear which the dominant class has.

To return to our most tangible and macabre global reality, we make it clear, if need be, that we are not belittling this pandemic that scourges us. One situation does not remove or obscure the other, even worse, they reinforce each other. There is no such thing as the “privilege” of having coronavirus in Italy as opposed to the possibility of dying of hunger in Burundi. But we do see that some dead are worth more than others, which should not be overlooked when analysing a problem that is supposed to be global.

As we write these words, the pandemic is beginning to prey upon India. There, compulsory confinement will have its own characteristics since it is the second most populated country in the world, and because according to the International Labour Organization (ILO) at least 90% of the labour force in India works in the informal sector.

The coronavirus pandemic, the panic that has taken hold of the population and its corresponding quarantine are a living experience shared by millions of people. The Chuang collective, in their article Social contagion. Microbiological Class War in China, points out that “quarantine is like a strike hollowed of its communal features but nonetheless capable of delivering a deep shock to both psyche and economy. This fact alone makes it worthy of reflection”. With this special issue of La Oveja Negra we want to contribute to the necessary reflection on the situation we are going through.

CORONAVIRUS AND SOCIAL ISSUE
• The virus is capitalism?
• Faith in Science
• The State’s reaction
• State of isolation
• Public health and workforce
• “We are at war”
• Coronavirus did not cause the economic crisis
• Work, work, work!
• A return to normalcy?
• Box/ No need for a conspiracy
• Box/ There are no “posh people”, there are social classes
• Box/ «Let’s face it, the lifestyle we used to know is never going to return»
• New title: Social Contagion. Microbiological class war in China (Chuang)

Read each article
Donwload as a PDF 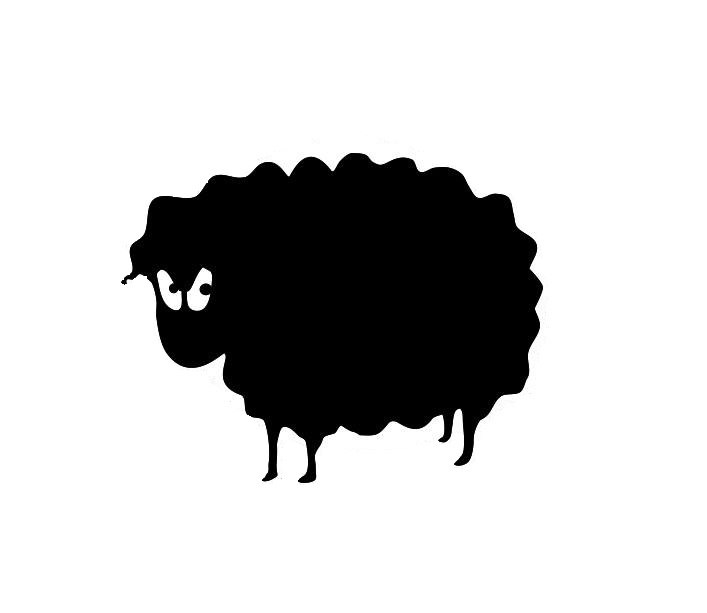 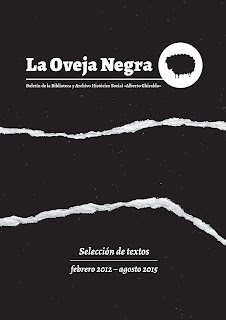